The Special Lincoln Square District is a Special Zoning District in New York City.  This district includes Lincoln Center and some of the surrounding area including the intersection of Broadway and Columbus Ave.

The Special Lincoln Square District is broken into 3 Subdistricts:

There are Certain Special Regulations for the Lincoln Square District below are some examples of these special codes:

In this special district buildings can have Arcades on the following streets:

Arcades should be the full length of the zoning lot. On the east side of Columbus Avenue the arcade can end 40 feet south of West 66th Street. Columns for the Arcades must be at the street line. Arcades must be 15 feet deep and at least 20 feet high.

A+The arcades should be open and clear except for the following:

Any development at 59th st or 66th street subway stations must relocate the subway entrance onto the zoning lot of the property if the lot is 5,000 square feet or more.

Within 30 feet of Broadway, Columbus Avenue or Amsterdam Avenue on the ground floor building use is restricted to the following Use Groups:

There are special regulations for how much glass must be used at street level for buildings.

Signs are allowed in this special district but there are restrictions on sign location.

In the C4-7 Zoning District there are restrictions on the total floor area for developments.

There are also Special Permits that can be obtained for additional floor area to proposed developments.

There are also regulations on bulk distribution which restrict how square footage is distributed within a building.

As an architect I study Building Codes and Zoning Codes closely, but these are complicated and quite involved issues. In this article we reviewed some of the basic concepts with regards to The Special Lincoln Square Zoning District. This post does not assume to cover every possible issue or condition, but provide a general overview of the topic. 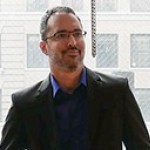